It's a strange word. A placeless word. Like a lost dog, always looking but never finding. Or an oversized coat, keeping out the cold nowhereness, but never quite fitting. Always up ahead, just around the bend, maybe because I've looked back at it down some or other road time and time again. I've seen it, often, but it always seems so far away–distinct, clear, but so far. And yet so near.

Tonight, I can even taste the homesickness. I've always known the day would come when I would close the door and never return, but as I was packing away the tools for the last time, it felt as if I was packing away a part of my life, a part of me. And maybe I did. Those wooden handles, gleaming in the soft light, were smoothed down by generations of calloused hands, like mine. Hands that sweated and blistered, hands that minutely grinded away the wood until it was lacquered by human skin particles, hands that sometimes bled the tears of a momentary lack of concentration.

And maybe my hands would be the last to touch these fine tools. Maybe they would gather dust for years, before some bargain-hunter barter them from Mother for a goat. Maybe one of the brothers would fiddle with them before assigning them to limbo. Maybe they'll just disappear, the way it often goes with unused things. Most definitely there would be no son of mine to carry on the family tradition, but that battle has been fought and won years ago. Some things have to be, and the end of a long line of fine craftsmen was just one of those things.

In a sense it's fitting that it should end with me. From my birth I spelled upheaval and chaos to this family. Most of my extended family members still live a stone's throw from their places of birth; me, I've never even seen that town. Only years later did I discover that I was the reason for my parents' hasty nocturnal flight from my birthplace, and I've never gone back there. Although I doubt that there would be anything to see now–most probably the house was destroyed in that terrible massacre following our departure. For me there was no "That's where the cot stood" or "That's where you gave your first step". The cot we left to our neighbours when Father finally decided that it was safe to return to our homeland. And my first step was quickly obliterated by the desert sand trying to reclaim the river's narrow band of life.

My youngest years were spent among people to whom we were the outsiders, the people who spoke the strange language, the people who held to funny traditions, the people who were respected but kept at a distance. And returning to our homeland wasn't coming home at all. We were still the outsiders, and as the stories slowly drifted here we became the outcasts. Back there the neighbours' language was strange; here, I understood all the whispers and slurs and insults. I knew why Mother was sometimes crying. I knew why Father always had less work than the shoddy craftsmen on the other side of town. I knew. And it hurt.

After Father's early death I took over the family responsibilities. Traditionally an uncle should have taken care of us, but they were not going to lower their social standing by taking us in! No, if it wasn't for the fact that Father had trained me to step into his shoes, we would have starved to death and no-one would have cared. Except for Grandfather. He was always there, his grey hair falling over the wrinkled forehead, smiling and comforting when life snapped at us like a rabid jackal. He didn't have money to gave, but he gave himself, teaching us to hold on to faith and hope and love.

As it was, some days were hard, but we survived. And we had each other. The special bond between me and mother gave me strength to go on when every muscle in my body was crying out for relief, when work became a mindless slogging through the haze of exhaustion. But I had an income, and Father's relentless training made sure that I had more than enough to do–quality is still its own best salesman.

My brothers and sisters grew up, started hearing the rumours, and started changing. They loved and respected Mother, and I think they were thankful for what I did, but their attitude towards me changed. Sometimes they said things which we all later regretted, but slowly there came a distance between us. As if they were looking at me from the other side of an infinite canyon.

I understood, better than they ever could. Like the townspeople they were just products of a society that never learned to see with their hearts. They encoded truth in words and lost the spirit, hanging on to traditions handed down through ages of distorted loyalty. How could they understand a promise, especially when it came packaged in pain and heartache and loneliness? How could they hear voices when even the wind was silent? I loved them, but they made it so hard for me to show. They closed their ears first, and then their minds, and then their hearts. They grew up, married and left, or just left, until only Mother and I were left.

And now it was time for me to go. People would talk about it, no doubt, but it had to be. I've done everything possible to ensure that Mother was taken care of, that she would not be in want for anything, but I had to go. I knew it, and Mother knew it . Since that lazy afternoon so many years ago she had known that the day would come when her firstborn would leave, never to return, and she waited for it without fear. I spent my years doing the things I had to do, learning the things I had to learn, waiting, anticipating, knowing this day would come, but not knowing when. Until today.

She came into my workshop while I was cleaning up for the last time. Like so many times before she sat down on Father's favourite place, looking at me without saying anything.

"It's time," she finally said. It wasn't a question, just a simple statement of fact.

I turned towards a cupboard to hide my face. "It's time," I said and tried to swallow.

She sat there quietly for a long time. When I finally turned around a tear was slowly inching its way down her weather-beaten face.

"I'll miss you," she said, her voice barely audible.

"I know." She smiled bravely. "But this is no longer home for you."

With that she stood up, kissed my cheek, and walked out. I finished, locked the door, hanged the key on its peg, and left.


Up here, high in the hills, the last remnants of the day are still visible on the western horizon, little flecks of red and yellow and something less than darkness. But down there, where they're readying their little fishing boats for the night, night has already covered the familiar with secrecy. They'll spend the night on the gentle waves, listening to the creaking wood and the soft whisper of the wind, staring at the faraway stars, wondering about life and love and the strange longing that only surfaces when all is quiet. Tomorrow, just before sunrise they will hoist their sails to return to shore, and to their new home.

I wonder if they know.

© 2003 Flip van der Merwe. All rights reserved. This story may not be reproduced, stored or distributed, in part or in whole, in any manner whatsoever, without the express written permission of the author, or his legally contracted agent(s). For more information, write to info@ccm.co.za. 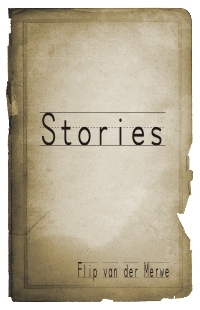 Of Boys And Gifts